Redis is an open source in-memory key-value store known for its performance and flexibility. Redis has built-in replication and can be set up in a primary-secondary configuration. For more information read here.

I recently migrated my blog to the latest Bitnami WordPress available under AWS Lightsail. The new server happens to be Debian and these instructions worked there as well.

I want to add an object cache for my based blog on AWS LightSail and I choose Redis for this. Amazon already has ElastiCache service allowing us to create a Redis server. However, what if you just wanted to experiment with Redis or did not want to pay for an AWS Redis service, in which case you could install Redis yourself on your server.

I am assuming you are running an AWS LightSail with Ubuntu 16.04 as the base operating system and you have full root access to the server. Also, it is better to make a Snapshot of your server before you go any further. This is in case things go horribly wrong and you wish to rollback.

The suggested way of installing Redis is to compile it from source as the software has no dependency other than a GCC compiler and . The Redis website has a special URL that always points to the latest stable version of Redis. We will use this in our install.

Login to your server and prepare the server to satisfy build dependencies. We need to confirm we have software to compile and run tests for Redis. The tcl package is a requirement for us to be able to run make test

After the binaries are successfully compiled it is a good idea to run make test from the command line.

Next step is to copy the server configuration file. We will use the standard location /etc/redis/redis.conf

Find the working directory section and set the dir to /var/lib/redis. We will create this directory after we create the redis user.

Also, change supervision method to as we will setup using .

Next, we will create a user, group and directory for . Change the ownership of the directory so that user can write to it. Also set the permissions such that other users cannot access the files in that directory.

To start the service on boot we will set a script. Edit the file sudo vi /etc/systemd/system/.service and p the following in it.

Save the script and do a service reload. Enable and start the Redis Server. If you make changes to the service file you should do a daemon reload.

To test the R server you can run a ping command and you should get a message back PONG if the service is running.

Another way to see messages related to the service is via journalctl as shown below.

You should see a server initialized message.

At this point our Redis server is ready to be used. If possible, you can also boot the server to verify if the service starts up automatically.

It is a good idea to keep an eye out for newer version of packages as they may include security fixes or important updates. You can follow the same procedure listed here and update to a newer version. 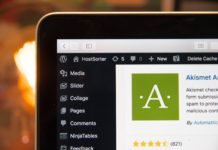 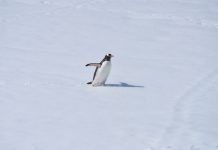 Linux Commands a to z 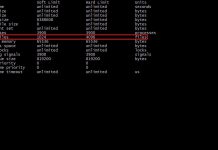